Iota was born as Tropical Depression Thirty-One on Nov. 13, then became a record-setting 30th named storm of the 2020 hurricane season later that afternoon. Iota strengthened into a hurricane on Nov. 15 as it tracked through the southwest Caribbean. Maximum sustained winds in Iota then jumped from 85 mph to 155 mph in the 24 hours ending 7 a.m. EST on Nov. 16. That easily met the criteria for the rapid intensification of a tropical cyclone, which is an increase in maximum sustained winds of at least 35 mph in 24 hours or less.

Flooding rainfall and mudslides were the biggest dangers for Central America, including areas that were devastated by Eta's heavy rain earlier this month. Eta's flooding impacts killed at least 120 in Central America and southern Mexico, according to The Associated Press. Honduras was one of the areas hardest hit by Eta's flooding. The National Hurricane Center forecast parts of Honduras, Nicaragua, Guatemala and Belize could be soaked by 10 to 30 inches of rain from Iota.

Families in several Central American countries face what officials have called a slow-moving humanitarian disaster in the aftermath of Hurricane Eta, as Friends of Hope responds to an urgent need for aid. Families there already were struggling to survive due to the COVID-19 pandemic.

The storm triggered devastating flooding and landslides, left parts of the airport in San Pedro Sula, Honduras, under water and forced hundreds to their rooftops to escape rising waters.

The charity is sending 16 containers of aid, including 12 to Honduras with corn, blankets, buckets, totes, work gloves, bowls, food containers, serving trays and furniture; and three to Guatemala and one to Belize, all with disaster blankets.

In addition, the charity shipped eight containers of food that have already arrived in Honduras. Another 14 containers filled with food, cleaning supplies and medical items are on the way. A special appeal for Nicaragua is under way, and relief supplies will be purchased in-country. 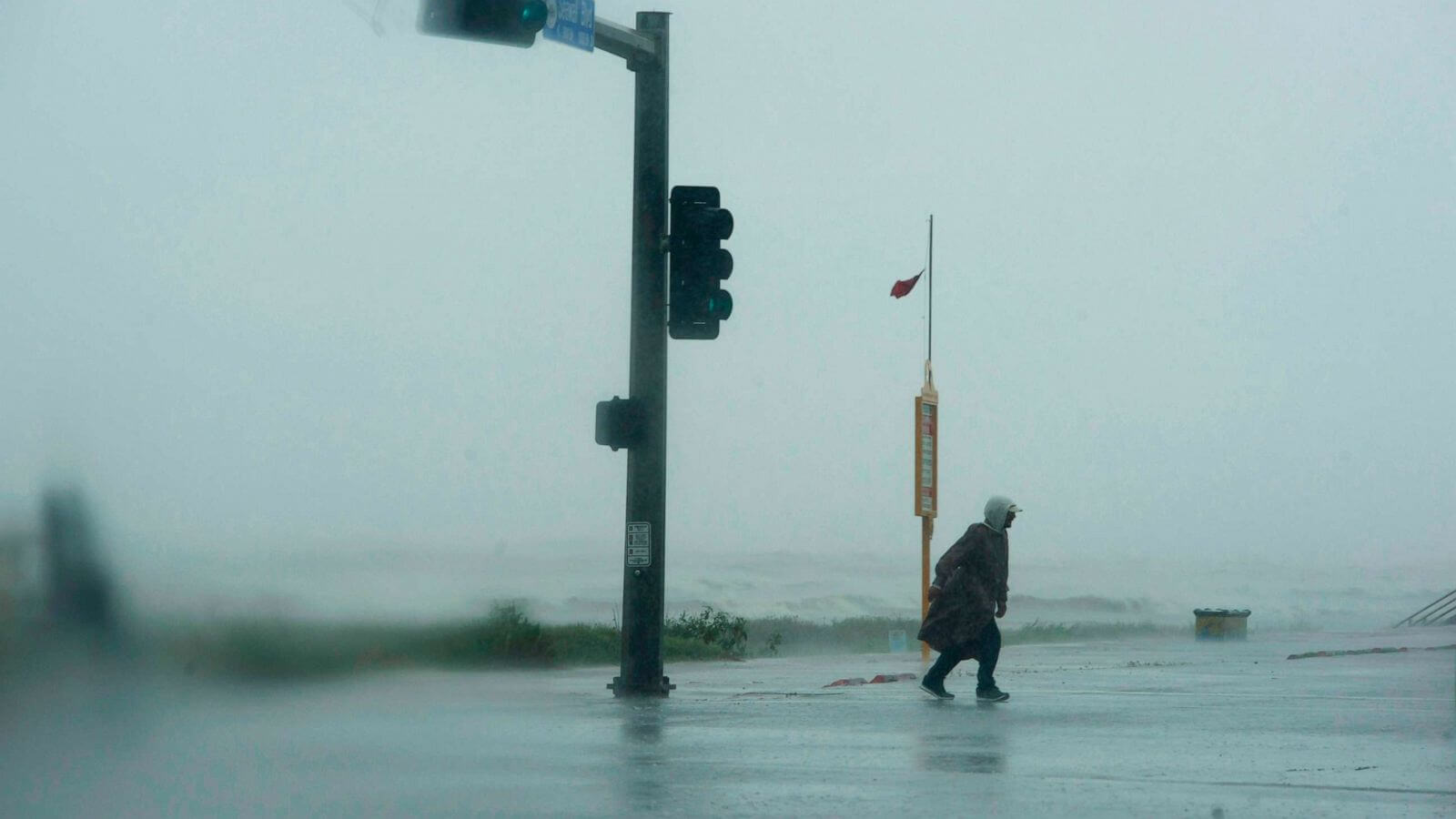 Delta weakened to a tropical depression Saturday morning, but the threat of heavy rain was continuing, according to forecasters.

The storm is expected to dump another 2 to 4 inches of rain in Arkansas and Mississippi, with as much as 10 inches in some areas. "These rainfall amounts will lead to flash, urban, small stream, and minor river flooding," the National Hurricane Center said.

As much as 3 inches of rain is expected in Alabama, the Tennessee Valley and the Mid-Atlantic over the course of the weekend. "There is a potential for 3 to 6 inches in the Southern to Central Appalachians, which could lead to flash, urban, small stream, along with isolated minor river flooding," the center said.

Forecasters continue to warn that tornadoes remain possible in Alabama, the Florida Panhandle and Georgia through early Saturday night.

News of the "murder hornets'" arrival in the United States has set the internet abuzz in recent days. Two of the wasps — the world's largest hornet species — were discovered late last year in Washington state, and scientists have since been trying to track the invasive insects to eradicate them.

"Normally, though, they are unwitting hitchhikers on something (like shipping containers) or someone," Salp told AFP.

The two hornets spotted in Blaine, Washington, were found in December. One was alive and flew off, while the second was dead, said Paul van Westendorp, an apiculturist in British Columbia.

He said the only actual nest of hornets found in North America was discovered on Vancouver Island and destroyed. A specimen was also found in White Rock, British Columbia, last November.

But how did the Asian giant hornets — which have orange and black markings and are nearly 2 inches long — make it to America?

Karla Salp, a spokesperson for the Washington State Department of Agriculture, said it was unclear how the hornets, which reportedly kill up to 50 people a year in Japan, arrived in the U.S.

CDC is responding to an outbreak of respiratory disease caused by a novel (new) coronavirus that was first detected in China and which has now been detected in more than 100 locations internationally, including in the United States. The virus has been named “SARS-CoV-2” and the disease it causes has been named “coronavirus disease 2019” (abbreviated “COVID-19”).


Source and Spread of the Virus

Coronaviruses are a large family of viruses that are common in people and many different species of animals, including camels, cattle, cats, and bats. Rarely, animal coronaviruses can infect people and then spread between people such as with MERS-CoV, SARS-CoV, and now with this new virus (named SARS-CoV-2).

The SARS-CoV-2 virus is a betacoronavirus, like MERS-CoV and SARS-CoV. All three of these viruses have their origins in bats. The sequences from U.S. patients are similar to the one that China initially posted, suggesting a likely single, recent emergence of this virus from an animal reservoir.

Early on, many of the patients at the epicenter of the outbreak in Wuhan, Hubei Province, China had some link to a large seafood and live animal market, suggesting animal-to-person spread. Later, a growing number of patients reportedly did not have exposure to animal markets, indicating person-to-person spread. Person-to-person spread was subsequently reported outside Hubei and in countries outside China, including in the United States. Some international destinations now have apparent community spread with the virus that causes COVID-19, as do some parts of the United States. Community spread means some people have been infected and it is not known how or where they became exposed. Learn what is known about the spread of this newly emerged coronaviruses.

In a world that wastes billions of pounds of food each year, it's almost shocking that anyone on earth goes hungry. Yet every day, there are millions of children and adults who do not get the meals they need to thrive. We work to get nourishing food – from farmers, manufacturers, and retailers – to people in need. At the same time, we also seek to help the people we serve to build a path to a brighter, food-secure future.

For more than 10 years, Friends of Hope has responded to the needs of individuals struggling with food insecurity around the globe. In times of uncertainty, we have not wavered from our mission to end the fight against hunger.

One of our missions is to prevent human trafficking through youth education, awareness-raising, and advocacy. Our approach is to focus on education by encouraging youth voices to share what they learn, be aware of what this illicit trade is all about, and generate an “echo” worldwide. Youth education is where the prevention of human trafficking begins and this is at the core of all our work. Our activities include:

· Raising awareness about human trafficking in a manner that the youth can understand, and investing in programs that sensitize and benefit the youth and people of all ages.

· Engaging the youth in developing activities, discussions and tools that contribute to combating human trafficking. 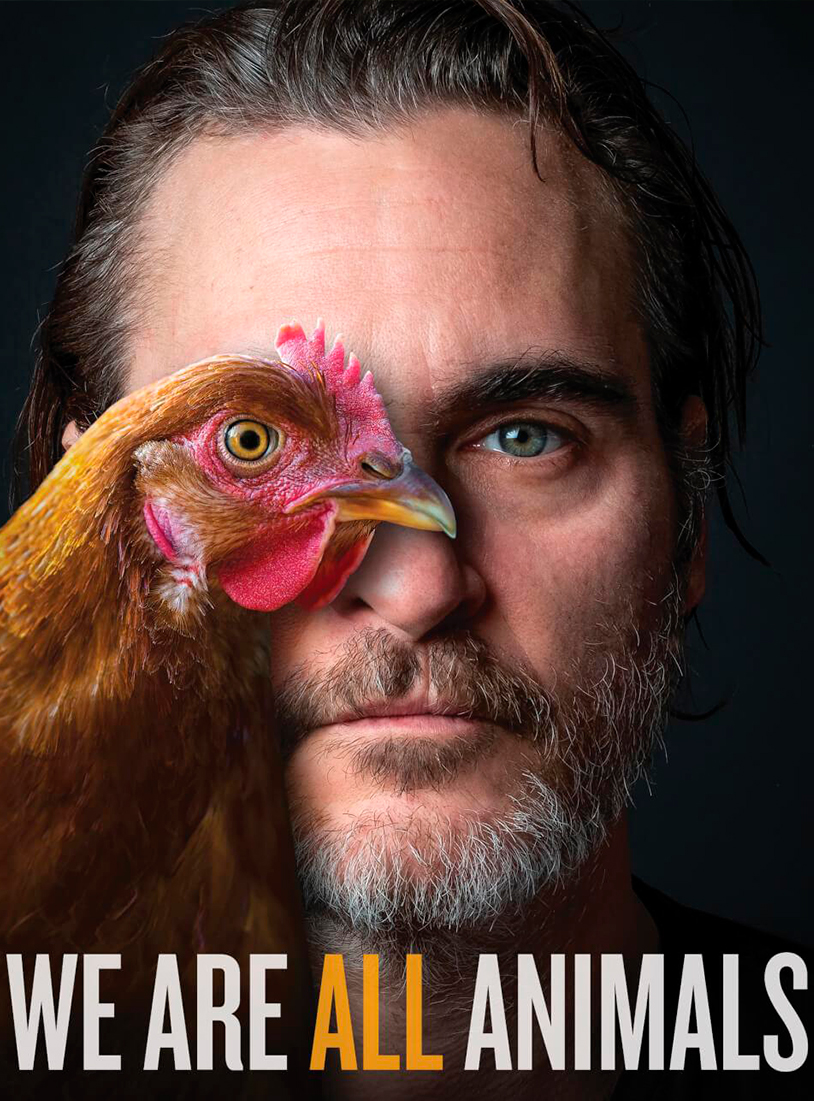 “When we look at the world through another animal’s eyes, we see that inside we’re all the same—and that we all deserve to live free from suffering,”​

Joaquin’s campaign also encourages everyone to help end speciesism,” which—like sexism, racism, and other forms of discrimination—is an oppressive belief that promotes the idea that all other animal species are inferior to humans.

Joaquin has lent his compassionate voice to a number of powerful Friends of Hope campaigns. 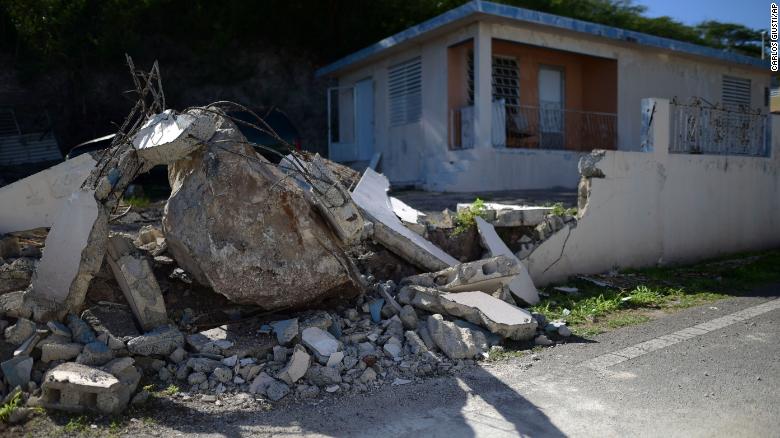 The Citizens of Puerto Rico are still suffering after the devastation of Hurricane Maria and now from a series of brutal earthquakes. After a string of horrible catastrophes – where 3.5 million U.S. citizens live and work – Puerto Rico is struggling to recover.

They face daily power outages and water rationing, as well as limited access to clean water. Thousands of people still have blue tarps on their home, and many lost their homes altogether from the earthquakes. Many senior citizens and children are left alone, without services and the care they need.

Friends of Hope International is in Puerto Rico, supporting government shelters, helping to care for the elderly and children, and going door to door checking on residents and delivering information and emergency supplies.

On January 12, 2010, a powerful earthquake struck Haiti, destroying much of the capital Port-au-Prince, killing more than 250,000 people and leaving more than one million homeless.

Ten years later, the magnitude 7.0 earthquake continues to have consequences on the Western Hemisphere's poorest country. Amid endemic poverty, a string of natural disasters and an ongoing political crisis, the island and its people have struggled to recover and to rebuild.

More than six million Haitians live below the poverty line, according to the World Bank.

About half the country was undernourished last year, according to the UN, and nearly 3.7 million Haitians need urgent assistance to meet their daily food requirements.

Friends of Hope International's disaster relief and recovery work is very visible: hospitals and clinics (we have funded more than 50), schools (we have renovated or reconstructed more than 40), and housing (we have helped more than 164,800 people through safe housing and neighborhood recovery).

One of the most powerful hurricanes ever recorded, Hurricane Dorian, devastated the Bahamas, leaving at least seven dead and tens of thousands of homes and businesses destroyed, according to reports. Entire communities have reportedly been “wiped out,” and aid agencies estimate that tens of thousands of people still need support.

Friends of Hope International is providing supplies such as tarps, hygiene products and hand-crank cellphone chargers for those affected in the Bahamas. In the U.S., the organization is preparing evacuation centers with cots, blankets and food while mobilizing emergency response vehicles.